Review MinistryTrusted Review
Buy Your Next Book From Here! 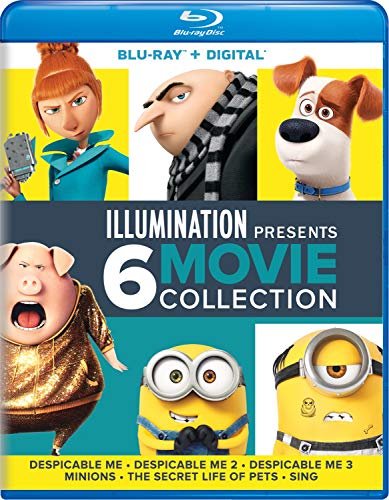 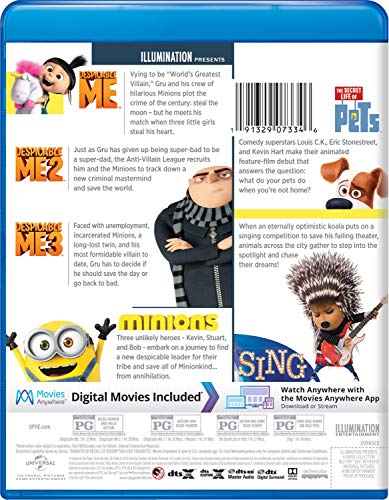 Despicable Me: Vying to be “World’s Greatest Villain,” Gru and his crew of hilarious Minions plot the crime of the century: steal the moon—but he meets his match when three little girls steal his heart. Despicable Me 2: Just as Gru has given up being super-bad to be a super-dad, the Anti-Villain League recruits him and the Minions to track down a new criminal mastermind and save the world. Despicable Me 3: Faced with unemployment, incarcerated Minions, a long-lost twin, and his most formidable villain to date, Gru has to decide if he should save the day or go back to bad. Minions: Three unlikely heroes—Kevin, Stuart, and Bob—embark on a journey to find a new despicable leader for their tribe and save all of Minionkind… from annihilation. The Secret Life of Pets: Comedy superstars Louis C.K., Eric Stonestreet, and Kevin Hart make their animated feature-film debut that answers the question: what do your pets do when you’re not home? Sing: When an eternally optimistic koala puts on a singing competition to save his failing theater, animals across the city gather to step into the spotlight and chase their dreams!