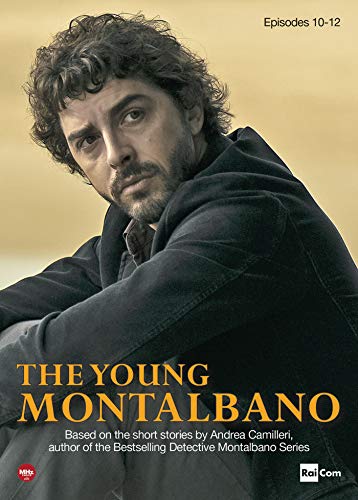 IN ITALIAN WITH ENGLISH SUBTITLES
Before Detective Salvo Montalbano became the seasoned and mature chief detective we already know, he was just Salvo, new to Vigata and new to being a police chief. He didnt always live in that glorious house by the sea, or have Deputy Chief Mimi Augello as a best friend, or Fazio as a loyal assistant. He didnt always go out with the beautiful Genoese architect, Livia Burlando. Perhaps the only constants have been his unbridled quest for good food and the inability of his overly enthusiastic deputy, Catarella, to pronounce anyones name correctly. In this prequel series to Detective Montalbano, watch the genesis of the friendships, the rivalries and the romance as the players arrive to take their places in the beautiful Sicilian town of Vigata.

THE SETTLEMENT
Its hardly been a month since Livia and Salvo decided to spend some time apart, and Salvo feels bereft and melancholy. Meanwhile, he applies himself to the case of a retired, well-respected doctor who was found murdered in his own home. The resulting investigation highlights Montalbano’s personal dilemmas about the complexities of love.
THE HONEST THIEF
Salvo requests a transfer to Genoa so that he can be closer to Livia, but it’s clear that leaving his beloved Sicily is more challenging than he realized. While his move is under way, Montalbano tries to locate a missing woman at the same time he investigates a series of unusual burglaries, in which the victims report the theft of very small amounts of money.
AN APRICOT
Just as hes about to leave Sicily, Montalbano finds himself drawn into one last case. A young woman has been found dead at the bottom of a cliff, in what appears to have been a tragic accident. The evidence doesn’t add up, however, and despite Mimi’s readiness to go for an easy conclusion, Montalbano remains convinced that the truth has still escaped them