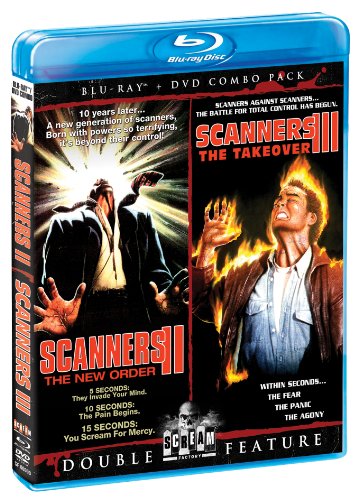 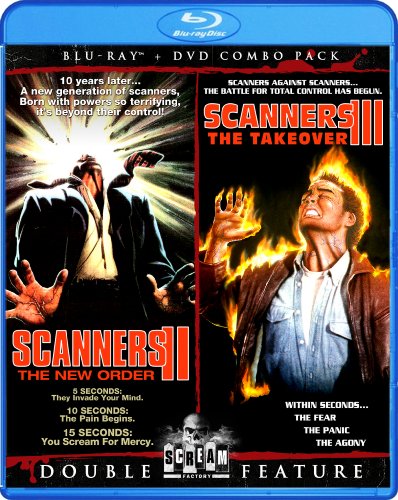 A breed of humans with dangerously powerful telepathic abilities, the scanners, are being recruited by a corrupt police commander, John Forrester, in his crusade to take over the city. Forrester first enlists the help of an evil scientist, Dr. Morse, who wants to conduct mind-control experiments on the scanners with a new drug. When the side effects render the scanners incapable, Forrester then finds David Kellum (David Hewlett, Cube, Rise Of The Planet Of The Apes), a rational scanner who, unaware of his own powers, agrees to help him. Will Kellum discover Forrester’s real motive and prevent the New Order from being established?

A young scanner (Liliana Komorowska, </ >Screamers) with extraordinary telepathic powers transforms into a lethal killing machine after taking one of her father’s experimental drugs. After taking over his pharmaceutical company, the deranged scanner runs amok on a killing spree and takes over a television company in her quest for world domination. As her thirst for more power grows stronger, only one man, her scanner brother, might have the power to stop her.