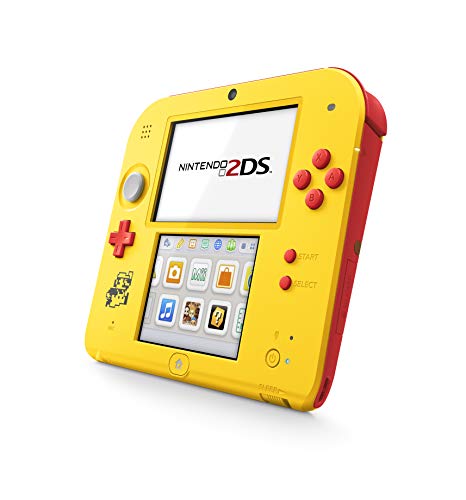 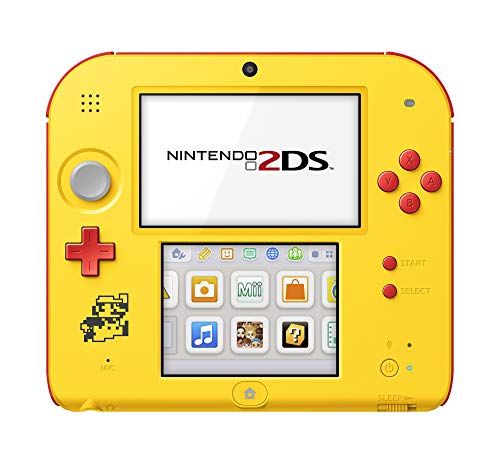 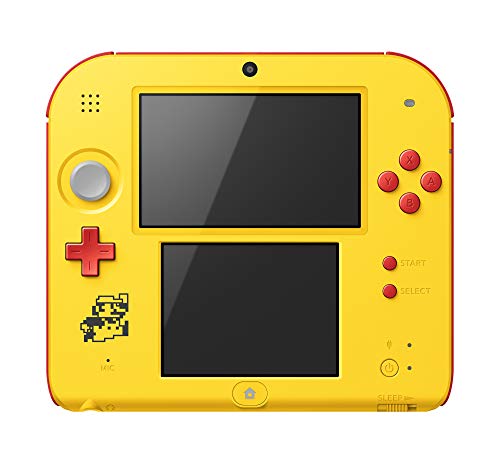 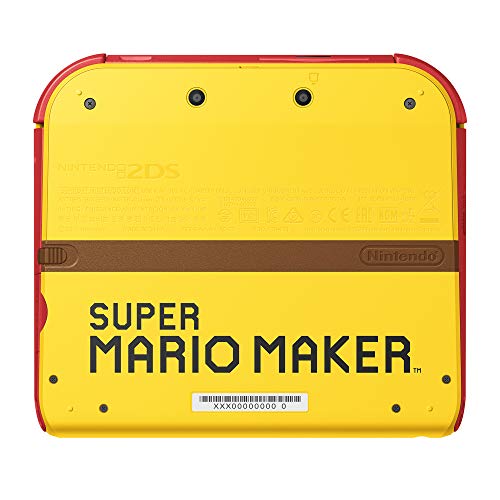 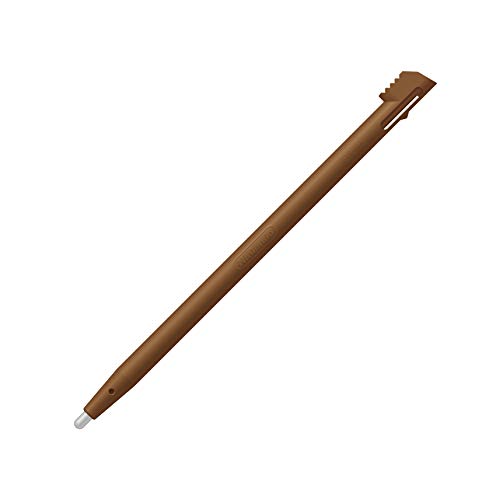 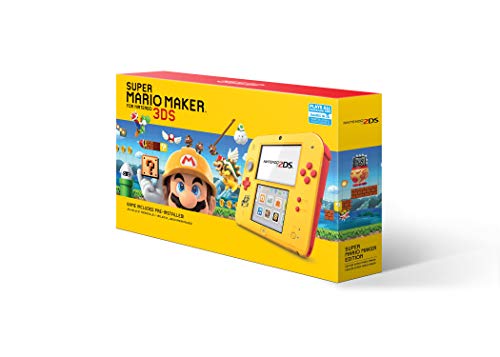 This bundle includes the Nintendo 2DS Super Mario Maker Edition system as well as the Super Mario Maker for Nintendo 3DS game pre-installed. Nintendo 2DS the BEST of two worlds. The Nintendo 2DS system brings the power of two systems together into a single, affordable package. Connect with friends, other players, and wireless hotspots using the wireless Street Pass and SpotPass communication modes to unlock exclusive content for games and download other entertainment. Nintendo 2DS is a 2D system that plays Nintendo DS and Nintendo 3DS games. Nintendo 2DS is only Capable of 2D display. Super Mario Maker for Nintendo 3DS get ready to play a near-infinite number of side-scrolling 2D Mario courses anytime, anywhere! Earn in-game medals in 100 built-in courses and access recommended courses from the Super Mario Maker game on the Wii U Console. Plus, design courses and share them with other players via the Street Pass feature and local wireless! Want your cannons to shoot coins? Go for it! In this game, you Call the shots, and simple touch-screen controls and interactive tutorials make designing courses a snap. Learn design tips and tricks from Mary o. And yamamura, then Share your masterpieces via the Street Pass feature and local wireless. Collaborating has never been easier now that you can Share incomplete courses with other players. Finish off a course together and a special icon will commemorate the collaboration. That’s One of many reasons that this is the must- play portable Mario game for inventive groups of friends and anyone yearning for never-ending Super Mario Magic. Not all levels created in Super Mario Maker for the Wii U Console are compatible with this release. Wireless Internet access required in order to access the Wii U version’s courses. For more info, go to support.Nintendo.Com. This game does not include an online-upload feature. Game in 2D. Esrb Rating: everyone with Comic mischief.

The best of two worlds. The Nintendo 2DS system brings the power of two systems together into a single, affordable package
Ratings applicable to game software only; ESRB Rating: Everyone with Comic Mischief